The jump from kindergarten to grade one is a huge one for kids—the transition between student-in-training to student, in a way-and also for parents, who have fresh proof that their babies are all grown up. It's a rite of passage We celebrate with all our heart, because kids are at this precious, innocent, look-what-I-did! eager stage so briefly, and it's so beautiful. We know grade one will bring its own amazing things, but I say we embrace this moment (can't we please just freeze it?), and give these sweet things the standing ovation they so deserve. Life will not be applauding them quite as enthusiastically from here on

The vibrant and unique folk festival 'Bonalu', reflecting the Telangana culture was celebrated in the school premises. The programme began with a prayer followed by a dance by the young Oasisians who wore beautiful traditional attires. Teachers and the young participants carried exquisitely decorated mud pots on their head which contained the 'Bonam' and offered it to goddess 'Yellamma' as a thanks giving. This helped the students to appreciate the finer nuances associated with this colourful festival.

Accentuating the hands-on and important role of father in the family, the teachers and students celebrated Father's Day on Friday (16th June, 2017) with a short skit. The tiny tots, easily identified and connected with the characters which emphasized the selfless caring and important affection of daddy dear towards all his children, making each one perceive themselves as the apple of his eyes. The students expressed their immense love and affection towards daddy dear with craftwork proclaiming, "Dad! You are out of this world!"

Students spread an additional cheer in the campus with a day filled with celebrations. They observed 'Varalakshmi Puja' a day ahead of the actual event i.e., on Thursday, 3rd August 2017. Dressed-in traditional attire The students recited the prayers with folded hands. The students also learnt about the significance of Varalakshmi Vratham. Subsequently 'Raksha bandhan' was observed. The programme emphasized the implicit message of spreading affection and good will as associated with these celebrations. Girls fondly tied 'Rakhi' as well as happily embraced one another, bringing the programme to a happy end.

71st Independence Day, Investiture Ceremony and Janmastami: Our School office bearers were officially Sworn in a very impressive Investiture ceremony on August 15th 2017.The School Cabinet was led by the Head Boy Mr.Sanjeev Singh & Head Girl Miss. Manisha. The Ceremony began with Guard of Honour for the Chief Guest followed by a Colourful March Past after the Flag Hoisting. The School Cabinet was briefed about their responsibilities by our Correspondent Sri. A.Radha Krishna. An excellent Pyramid show was put up by Class X Students followed by the cultural show by Kindergarten students dressed themselves as Radhas, Gopikas & Krishnas broke the Matkis tied to the Trees followed by Matkhi Phodna programmes by IX, X Students

Students enthusiastically welcomed the younger son of Lord Shiva and Parvathi amidst them. Lions Club of Hyderabad conducted a workshop on Eco friendly Ganesha Making .The students also learnt to make eco friendly Ganeshas and KG students made Ganeshas by using Leaves. Nine days Teachers and Students offered their Prayers & Bhajans and Prasadam.The programme concluded on a happy note with the entire School eagerly dancing and ceremoniously bid a farewell to Ganesha with "Ganesh Nimarjan".

Telangana Telugu Day was celebrated in the school Assembly by the students IX&X. Children recited "Padyams" from "Vemana Sathakam" and "Sumathi Sathakam". A dance was performed highlighting the importance of the language. Students were encouraged to learn to speak, to read and to write in their mother tongue flawless.

Hindi Diwas was celebrated by the students in school premises. A small skit was enacted highlighting the importance of the language. Various competitions were held on the occasion of Hindi Diwas and the winners were awarded prizes. The children were made aware that Hindi plays a significant role in connecting the citizens of our country.

Bathukamma was celebrated in the school premises with pomp and gaiety, a day before the mid-term vacation. Participants vividly showcased their talent exhibiting how Bathukammas are prepared . The programme concluded with the students, teachers and the principal, joining in the playing bathukamma. The principal later congratulated all participants and sought the continued blessings of goddess Nav-Durga in her speech addressed to the teachers and students

The Beauty of Colours Concept Through Balloons (14th October 2017)

Kinder Garten students enjoyed the mesmerizing realms of colours through "BALLOONS DAY" activity on 14th October, 2017. The tiny tots looked stunning with Balloons. The day's activity included identification of the primary colours through Balloons . It was a fun time as they sang rhymes and jingles, played games with balloons .Innocent faces gleamed and reflected brightness and happiness which proved it to be a truly wonderful learning experience for the children.

On the occasion of Flowers Day, kindergarten students celebrated the beauty of flowers and their myriad features. Few teachers and students worked on a colourful combination of different petals and Leaves to make beautiful Peacocks for writing Happy Flowers day .They churned out details of the Flowers and seasonal flowers, their uses and the different fragrances flowers give out. Mrs.Puneetha said in her address that children were like flowers and that they should be handled with great care . As they grow, they should be sensibly and delicately moulded in the desired fashion.

A food carnival on 14th November2017 –Children's day was organized by the Four Houses. The motive behind the carnival was to enable students to assess their own potential in entrepreneurship and thus make a strong foothold in their respective business. Class X Students celebrated the Self Governing day .Each Student took the role of their Favourite Teacher and enacted their role in a perfect way. Teachers made their presence felt by joining in with the children. 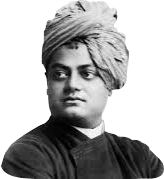